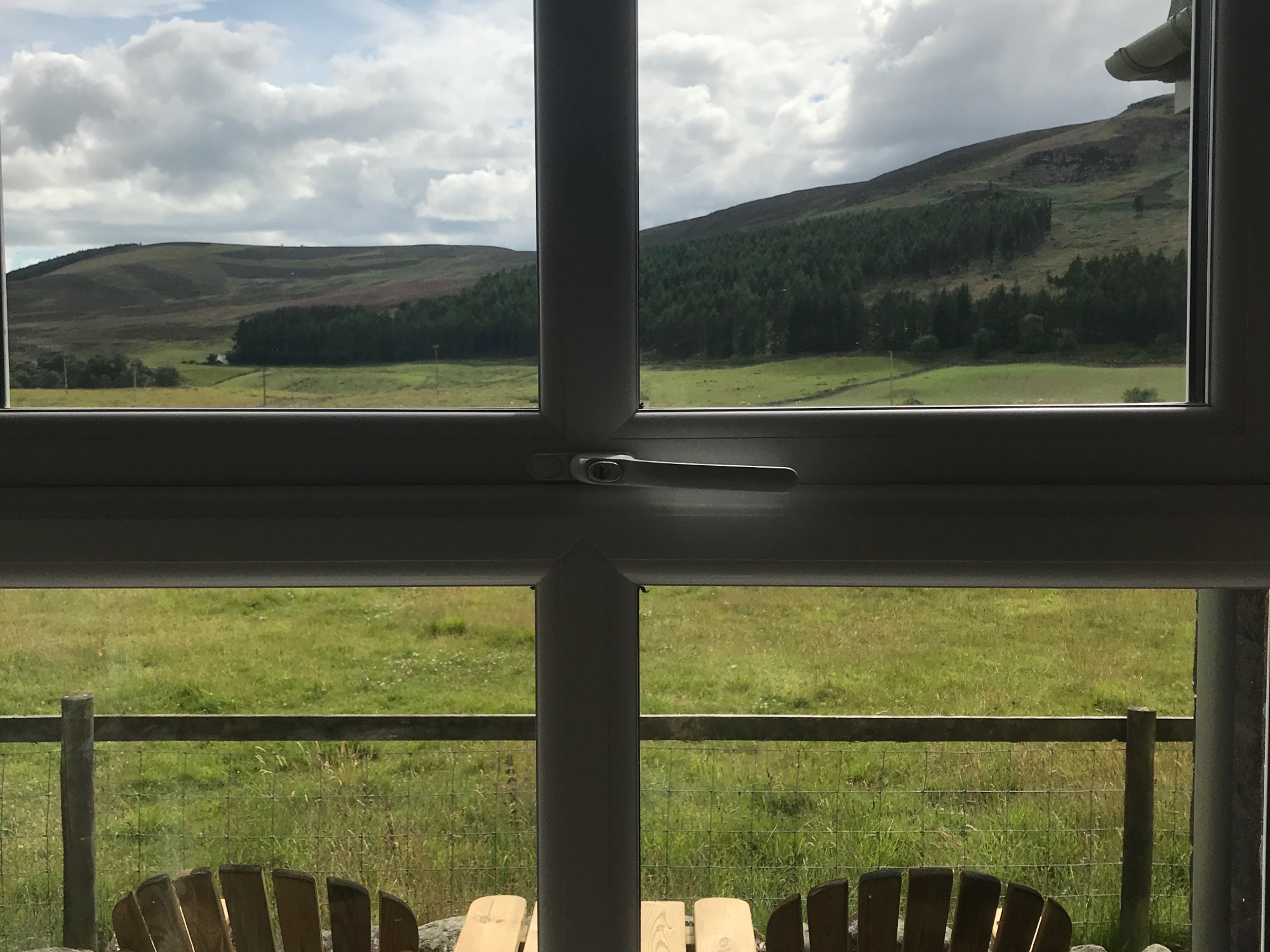 Yesterday we got back from a weeks holiday in Scotland visiting family and spending time with our niece who turns one in September. She was the reason SplendidChap and I started our litter-picking adventures as we didn’t want her to grow up in a world getting choked by plastic so it was lovely to see her and watch her develop.

Thankfully we didn’t see that much litter while we were there, but we had taken our litter grabbers and were hoping to make it to the coast one day to do a beach clean, but time got away from us. You know how it is, you go on holiday, blink, and before you know it, it’s time to come home again.

I love Norfolk, but from time to time it is nice to go somewhere a little less flat and see some real scenery so having this as our view for the week was not too shabby.

Our Bothy  was situated at Clachnabrain which was a perfect place to relax and unwind but still get in a couple of good walks and enjoy the amazing Scottish scenery. I must admit we did take advantage of the car to take in some areas as my Norfolk legs like flat ground and aren’t fit enough to get my carcass up too many mountains. We did a little road trip with my sister in law one evening and she guided us to Cairn O’ Mount which is an ancient name for what are now called the Grampian Mountains. The photo below doesn’t do the landscape justice, this is taken from the highest point hence from up here, it looked quite flat.

It’s a pretty spectacular view I’m sure you’ll admit however I couldn’t quite fathom why such a stunning view deserved so little respect because when I looked down, the floor was covered in fag butts!

Maybe it’s wrong of me to expect to only find litter in places where other beauty is lacking but I just can’t get my head around standing here looking at this landscape and then dropping a cigarette butt on the floor. These butts can take anywhere from 18 months to 10 years to decompose and account for approximately one third of all litter items found. Smokers who choose to pollute theirs bodies is one thing but mindlessly discarding the butts and polluting the countryside, or anywhere for that matter is inexcusable.

Last time we went to Scotland we walked up to Loch Brandy however when we got up there it was so foggy we couldn’t see a thing. It was comical really, walk all that way and could barely see 10 feet in front of us so we went up there again on this visit and thankfully had much better weather so I could finally appreciate the view.

Such a calm and tranquil place, the only sound was the cry of the birds, it really was a beautiful place to sit for a while and just absorb the surroundings. Being a Litter Womble comes with its downsides, we see litter where other people just wouldn’t notice it. It’s like our eyes are honed to detect others people’s waste which unfortunately is what ended up happening here, instead of really being able to unwind, we found ourselves litter picking. There wasn’t loads, but enough, so we collected it up and took it down with us when we left always wanting to leave somewhere cleaner than when we found it. 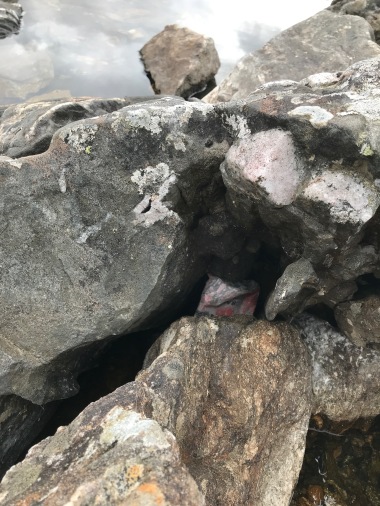 Its such a shame that people feel it acceptable to travel to such beautiful places and leave their rubbish behind. Let’s face it, they’ve obviously carried it up there and eaten or drunk whatever was inside so why not take the packaging down with them, it weighs less now! Below you can see the rubbish we collected that SpendidChap carried down and disposed of properly which he strapped to the base of his rucksack.

So the question remains – why spoil the view? Laziness is probably the best and most truthful answer. Taking your own litter away with you or even collecting up someone else’s, it’s not difficult, it doesn’t take long and it makes the world of difference. Let’s keep our magnificent views magnificent.