The terms litter picking and beach cleaning are more common phrases in our language now than they have ever been. In Radio 2’s children’s 500 words competition – plastic was the word of the year. This was largely thanks to the explosion of awareness brought about by the Blue Planet 2 series last year, however there are many individuals and groups who have been working to increase this awareness for many years.

One such group are called #2minutebeachclean. This started way back in 2009 by Martin Dorey and Tab Perry who wanted to encourage people to beach clean, so set up a non profit organisation called The Beach Clean Network.

It wasn’t until 2013 that Martin coined the term 2minutebeachclean the simple idea being that when you visited the beach, you took 2 minutes to pick up some litter and dispose of it. If everybody did this, imagine the positive impact we would have on the plastic pollution problem. He developed this phrase as a hashtag to be used on social media and encouraged people to do some litter picking, take a photo of it and hashtag it

Since then this amazing team have developed Beach Clean boards which are intended to advertise the 2minutebeachclean message and encourage people to do their bit.

As you can see from the board shown above which is in Walcott, Norfolk, the board contains a couple of litter grabbers and some rubbish bags for people to use to do their 2 minutes. In a world where social media rules, this is a fantastic way of getting people to buy into beach cleaning. The boards actively tell you to take a snap of you and your litter and upload it to  Instagram or  Twitter making sure you use the hashtag.

The first one of these boards was placed in Bude, Cornwall back in 2014 and that year there was a 61% reduction in litter in that particular beach. There are now over 250 boards across the U.K. and Ireland and even a few overseas. Board locations

Boards are generally bought by beachside cafes and shops or even by local councils and they do not have to be limited to being by the coast. Litter and plastic are not isolated purely to being a seaside issue so these boards will no doubt start popping up inland, in parks etc.

Along with the hashtags and the boards there is a great online shop where you can purchase a variety of litter grabbers but also some great branded merchandise so while you are out beach cleaning, you can promote the brand and let people know what you are doing. I’ve recently had some of these tote bags arrive which I take with me whenever I’m out to collect my litter in. 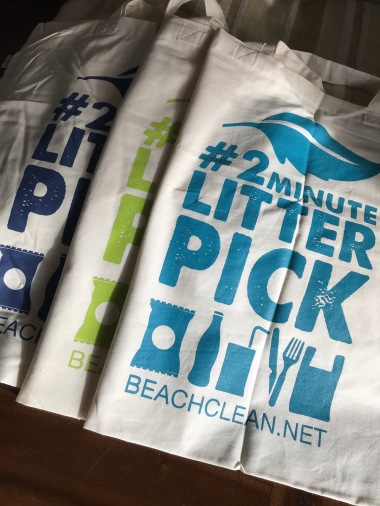 There are different versions of these, I went for the litter pick ones but there are also beach clean and street clean versions, you get a pack of 3 different coloured bags which are great value. This is where the campaign will expand, to capture those people who don’t live on the coast or who can’t easily get to the coast but still want to play their part in the big clean up operation we have on our hands.

Another good purchase is Martin Dorey’s book No More Plastic. This gives you some really insightful information about the facts and figures of the pollution crisis but also how easily we can make changes in our own lives to reduce our plastic consumption. 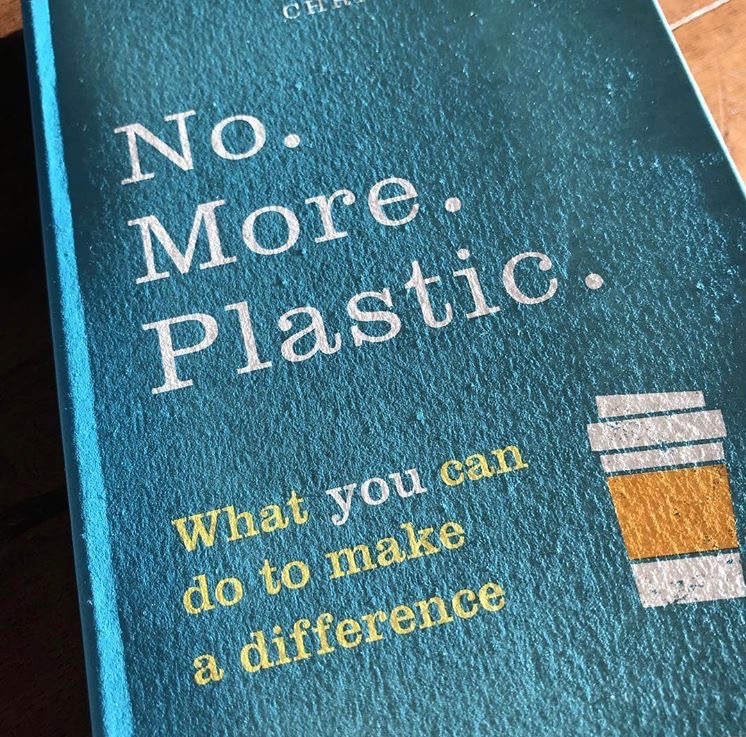 There are many other groups and companies doing as much great work as these guys. I use them as an example because I love the simplicity of it. Who can’t spare 2 minutes out of their day when they visit a beach? I saw a comment on Instagram lately by  Litterpickle which sums it all up perfectly.